The South American countries of Suriname and French Guiana are home to many groups of people called Maroons who are African people that escaped slavery and created their own societies. The Saramaka People are one of six groups of Maroons who inhabit the two countries, the Ndyuka, Matawari, Paramaka, Aluku, and Kwinti are the other five groups of Maroons; together these six groups of people make up the largest remaining collection of Maroons in the world. The Saramaka are comprised of several Central and Western African cultures who were enslaved by the Dutch and Portuguese to work on plantations that produced sugar, coffee and timber. In the 17th and 18th centuries individuals, as well as groups of African people escaped their plantations and created Maroon societies, the Saramaka being one of the societies. Information suggests that in 1690, a mass of Africans escaped slavery and created the first Saramaka society. Escaping into the dense forest of Suriname and settling along the Suriname River, they organized a society to protect themselves and their freedom against Dutch slavers.

In 1862, African people enslaved in Suriname were emancipated by the Dutch, but the Saramaka won their freedom one hundred years earlier. The Saramaka waged war and were able to force the Dutch create and sign a peace treaty that acknowledged their rights as traders and as a territory. Like the other groups of Maroons, the Saramaka were able to retain a number of their African customs and create a way of life close to what they lived in Africa. They speak a form of creole called Saramaccan, a dialect that is composed of Portuguese, English, Dutch, Niger-Congo languages of West Africa, and Akan. Most of the saramaccan dialect comes from the English language, the dialect is also divided into the upper Suriname and lower Suriname River dialect, the Matawari tribe also speaks a form of the Saramaccan dialect. They are matrilineal people who live off of the lands cultivating crops such as okra, maize, plantains, bananas, sugarcane, peanuts, and much more, the men also hunt and fish to help sustain the societies. Because of incorporating trading with other people and nations, they are able to acquire items that are popularized by western societies, today some Saramaka people even use cell phones.

A civil war between the Saramaka and the military of Suriname occurred in the 1980’s leaving many of the Saramaka people displaced, some were forced to migrate to French Guiana to find refuge. The civil war lasted for ten years, following the war the Saramaka were purposely neglected by the government and systematically oppressed. Their lands were being overrun by Peace Corps volunteers, gold miners and other capitalist looking to make money off of the people and the lands. The Association of Saramaka Authorities filed a complaint to the Inter-American Commission of Human Rights against the government of Suriname in the 1990’s. The case took seventeen years, but finally in 2007 the Inter-American Court for Human Rights awarded the Saramaka rights to their lands, rights to decide how the land will be exploited, and finally they were compensated by the government for damages that hurt them economically.

The Saramaka along with the five other Maroon groups of Suriname are examples of the fierce and resilient spirit of African people. Though they were kidnapped from their homeland, enslaved and dehumanized, they never gave up their goal of living a life as people free from slavery. They are said to be one of the largest groups of Maroons in Suriname, they relentlessly fought the Dutch and regained the rights to their lands and their way of living. White supremacy came in the form of the Dutch and the Portuguese and literally disrupted the lives of African people, but those same people found a way to restore their freedom and way of living. To the Saramaka People and all the Maroons of the African diaspora, we proudly stand on your shoulders. 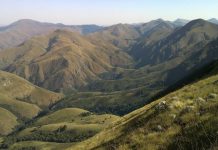 These are 2018’s additions for the UNESCO World Heritage List 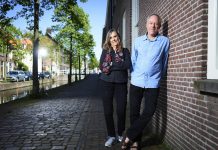 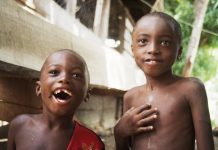 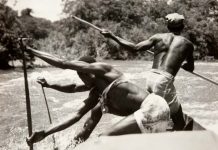 Legacy of Slavery and Indentured Labour – by Cheryl White